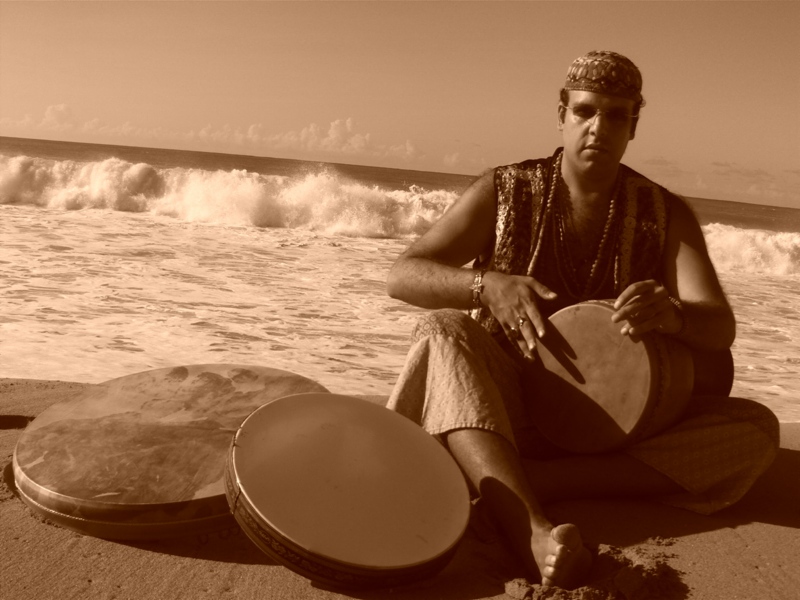 Shirzad Sharif (شیرزاد شریف) performs the Riqq ("Tambourine") and Zarb ("To Strike") drums and other customized lutes and assorted percussion instruments of the Middle East.

While growing up in Iran he was fortunate enough to have had a privileged life & home and throughout his teenage and adolescent life studied Persian percussion & strings under the direct tutelage of some of Iran & the United States's finest Grand Masters of Persian Classical Music & Bellydance including the world renowned Tombak (percussion) Grand Master Ostad Bahman Rajabi & Grand Master Ostad Mary Ellen Donald as well as numerous other master musicians.

Shirzad has his own unique style which he learned from his grandmother and performs one of the oldest and most authentic styles of Persian drumming which was almost extinct & was strictly within the domain of the Imperial Court Musicians & Bellydancers and Harems of Persia, Egypt and other countries Worldwide.

He has also highly customized, redesigned & re-invented his string instrument the ("Tanbur") & customized it according to his own specifications, he has since developed numerous unique styles and highly specialized techniques to accommodate his specific style of performing Persian music. This electric-acoustic instrument combines 4 very important principle Persian instruments ("Setar", "Oud", "Tar") into the original ("Tanbur").

This has allowed for the unique creation of a full bodied instrument that allows the utilization of various techniques, tones and sounds, related uniquely to each of the 4 instruments capable of utilizing either electric effects or simply being played acoustically in a concert hall setting & format.

He also performs Persian Daf, Arabic Daf (Tambourine), Tanbur, Dotar and other Persian instruments and lutes as well which he developed that consist of the Small and Big Baghdadi Tanbur (طنبور بغدادی بزرگ و کوچک) based on the teachings (زندگی و اندیشه های حکیم ابو نصر فارابی) of Hakim Abu Nasr Al-Farabi known in the West as Alpharabius which sounds like the Morrocan ("Sintir\Gimbri"), the Egyptian Oud ("Lute") and the Persian Dotar ("Lute") which was used in the Harems of Persia and other Middle Eastern Countries Worldwide for Healing Purposes and is played with a feather.

Shirzad's body of work & music is some of the most creative, authentic, innovative, progressive classically based Persian music ever heard till this day & has been breaking genres, musical boundaries & geographical borders worldwide. 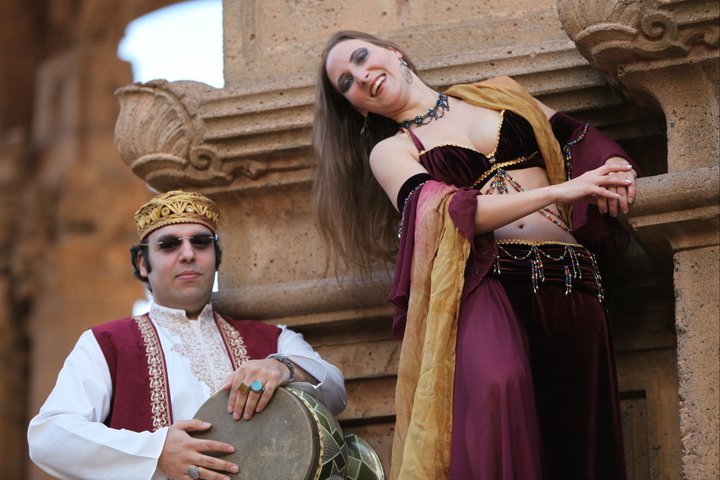 He is also responsible for restoring and preserving what is known as the Persian Bellydance style called ("Reng"). An extremely elaborate art form & body of rhythms, dances & techniques largely ignored and lost through-out the ages time and time again.

His skillful presentation and comprehensive teaching technique has lead to him performing and conducting seminars at many prestigious academic institutions such as the University of Maryland, University of Utah, UCSF, San Francisco State University, UC Berkeley & UCLA.

Raqs Baladi in Farsi literally translates as "Do You Know How to Dance?". This song and dance is pre-Islamic (Jahiliyyah) (Arabic: ‏جَاهِلِيَّة‎‎, romanized: Jāhilīyah, lit. 'Ignorance') also known as the "Age of Ignorance" and is an oral tradition which has changed over the centuries and spans the entire Middle East and North Africa (Eastern World).

Some people believe that it originated as a fertility or Goddess worshipping dance, the feminine divine is a very important concept in Bellydance as it is considered one of the most sacred dances of the Middle East.

It is used in North Africa to help during childbirth. It combines a powerful grounded feel with the ability to express the subtleties of the music through strong technique. Improvisation is used a lot, and it is incredibly exciting to see the musicians and dancer sparking off each other.

Persian Bellydance is entirely solo improvised dancing, just like other art forms of Persia it is highly individualistic. This style is more sensual and feminine than other styles. A veil may be used, floating with the dancer. 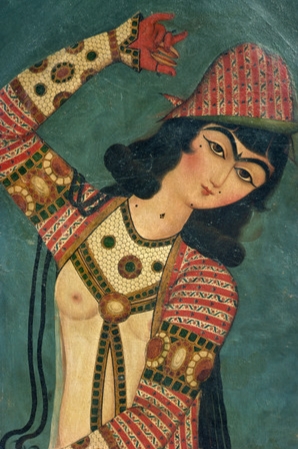 Its style is more detached from the audience and is extremely spiritual and healing and was used in the Harems of Persia and is not performed in public for a general audience as it is very sensual and often women danced bare breasted.

As mentioned above Persian dancing like other art forms such as music is highly individualistic and relies on solo individual improvisation in the performance.

Of course Persian Belly Dance is different and should not be confused with Bandari dance related to the South of Iran although some shoulder movements may be used in Persian Bellydance as well.

Egyptian Bellydance requires more space for large gliding steps and spins. The dancer can go very low down with lots of sensual floorwork than in a wider stance than other styles of Bellydance dance.

In Bellydance the belly is usually bare or covered by a body stocking. The dancer wears the bra and belt combination (bedleh, which means suit). The skirt is one or one and a half circles with splits up to the thighs, or perhaps a fishtail shape.

Coins, beads, fringing and lots of sequins create a glamorous appearance. Sometimes a "Baladi" dress is worn instead, or a clingy cocktail-type dress, often with some daring cut-outs. Bellydance costumes have changed in fashion over the years, being lighter nowadays with less use of heavy beading and using lycra and recently more Tribal influences which could be considered it's own genre called American Tribal Fusion (ATS) Bellydance. 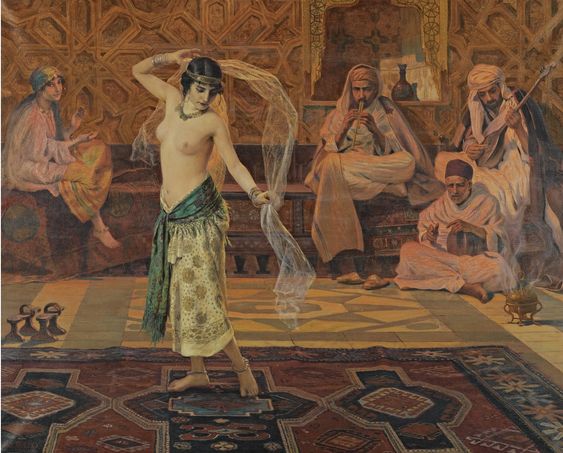 In Persian Bellydance of the Harems only a hip scarf is used.

As of late Shirzad only performs Golden Age Bellydance Song and Dance.